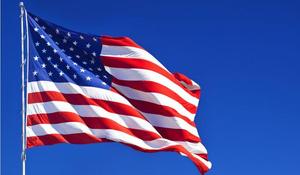 On September 11, 2001, Americans were shaken to their core by heartbreaking acts of terrorism that affected not only our community, but the country as a whole.

In the days and weeks that followed those attacks, Americans witnessed acts of bravery, heroism and unimaginable compassion. Every day ordinary citizens flocked to Ground Zero and the Pentagon with food, water, towels, and simple words of encouragement and appreciation for the first responders who voluntarily and knowingly put themselves in harm’s way in hopes of saving the lives of those buried beneath the rubble.  Long lines formed at blood banks in hopes of making the difference for those who were rescued.  The country came together, not only in support of our first responders, but also for our neighbors.

Hackettstown High School would like to commemorate this anniversary of the September 11th attacks as well as pay respect to the victims and all the first responders, past and present, who selflessly give of themselves to ensure our safety and security on a daily basis.  By embracing the feelings of kindness and community that were felt after this tragedy, we are asking that you please bring a non-perishable item on Wednesday morning to be donated to the Independence Food Pantry.  This is our opportunity to make a difference in our community for our neighbors. All donations will be collected in the main lobby as you arrive.  We thank you in advance for your participation.